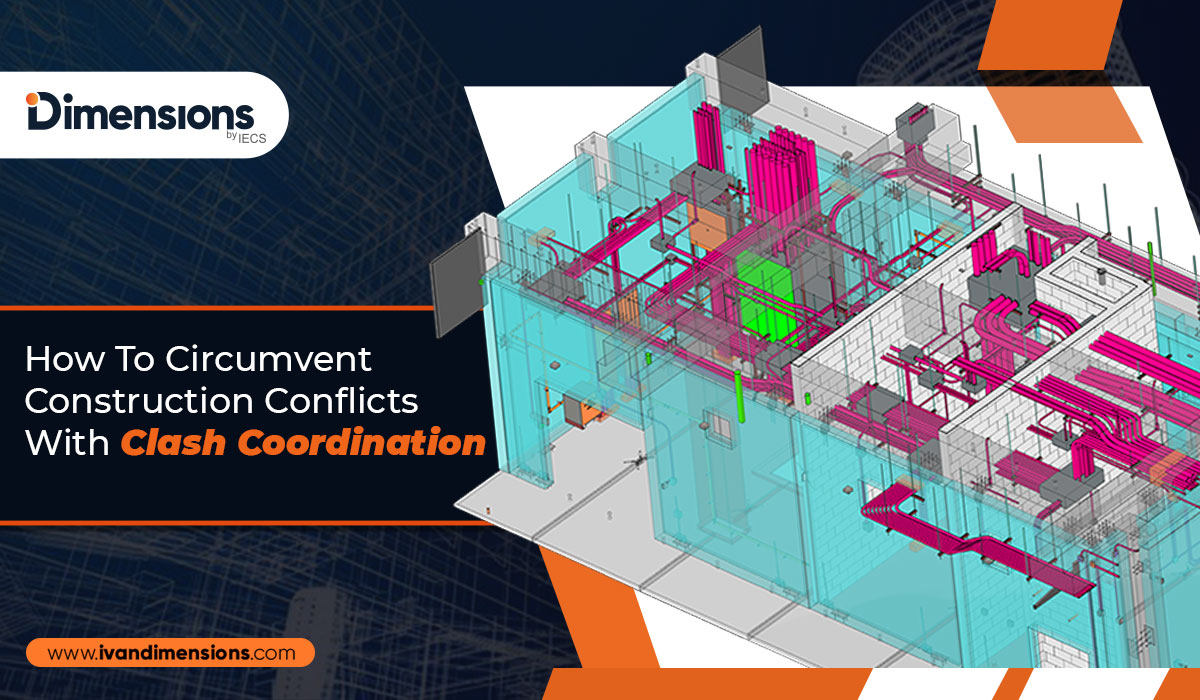 How To Circumvent Construction Conflicts With Clash Coordination

The realm of the construction process which needs cooperation between varieties of trades specifically, structure, MEP and architecture there are bound to be a few clashes. It is estimated that material waste and rework account for around 7.25% to 35% of overall project expenditure and also extend the duration of construction. For instance, it could be an exhaust vent duct going through a load-bearing wall, insufficient space around a vital element, or even a clash of work schedules. Once found out on the field, this has the potential to cause construction to come to a stop and create havoc for the overall schedule. The consequential impact on time and cost could be radical and often unalterable. Nonetheless, it is with BIM that data-rich 3D models can be generated and architectural clash coordination services can be availed before the onsite process begins.

The digital construction process enables engineers to carry out Clash Detection, isolate all clashes and work on likely conflicts proactively in the pre-construction phase. Here let’s look at the three varieties of clashes that occur during construction using BIM.

This variety of conflict takes into account geometrical discrepancies. Hard clashes take place when two elements are using up the same space or are intersecting one another.  This could be a clash of an inter-discipline type, where a ventilation duct is passing through a load-bearing wall or it could be an intra-discipline clash where a vent is occupying the same space as a pipe.

This variety of clashes occurs in terms of clearances. It takes place when an element intrudes upon the geometric tolerance kept of another element. All elements in a building have geometrical or spatial tolerance and when that clearance is encroached upon, it is called a soft clash. For instance: wrong sized beam or positioning of a lintel or no provision of adequate head space within a room and so on. Most MEP elements such as heaters, units, etc. frequently need sufficient tolerance for safe and effortless access to perform maintenance-related work. This is why it is vital to detect soft clashes from the perspective of safety.

With architectural clash coordination services, you can rest assured that your building project will run smoothly and not encounter difficulties.

4D clash or a clash regarding workflow take into account conflicts that contractors face in terms of equipment, scheduling and material delivery as well as the overall timeline clashes. This type of clash has the potential to bring the entire project to a halt. What’s most harmful is that a clash in workflow disrupts the efficiency of the project and tends to have a ripple effect. Using 4D BIM allows everyone involved in the project to identify clashes between various trades and disciplines and thus allows an optimized construction process.

Using MEP BIM modeling and architectural clash coordination services is the most efficient manner to identify clashes and generate requisite reports. You will be able to achieve a high level of collaboration between everyone involved in the project, ultimately leading to dependable success.